I've first started out by selecting a concept from another artist, which I'd use as a main reference for my model. There may or may not be taken liberties along the way, so we'll see. 🙂 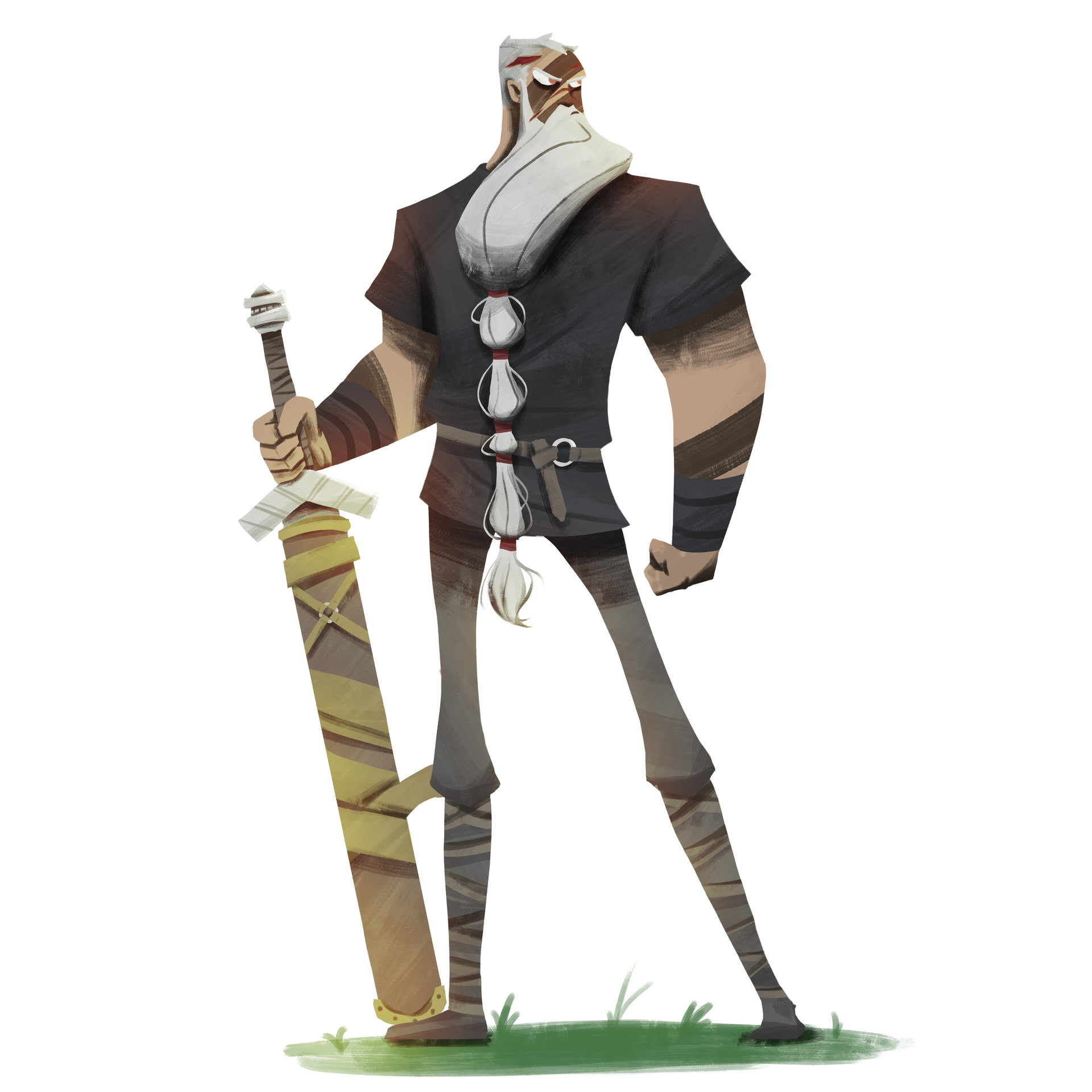 Alright, so here is the initial blockout. I decided to pose it against the concept and test the look to get a better feeling about it. Time to move forward. 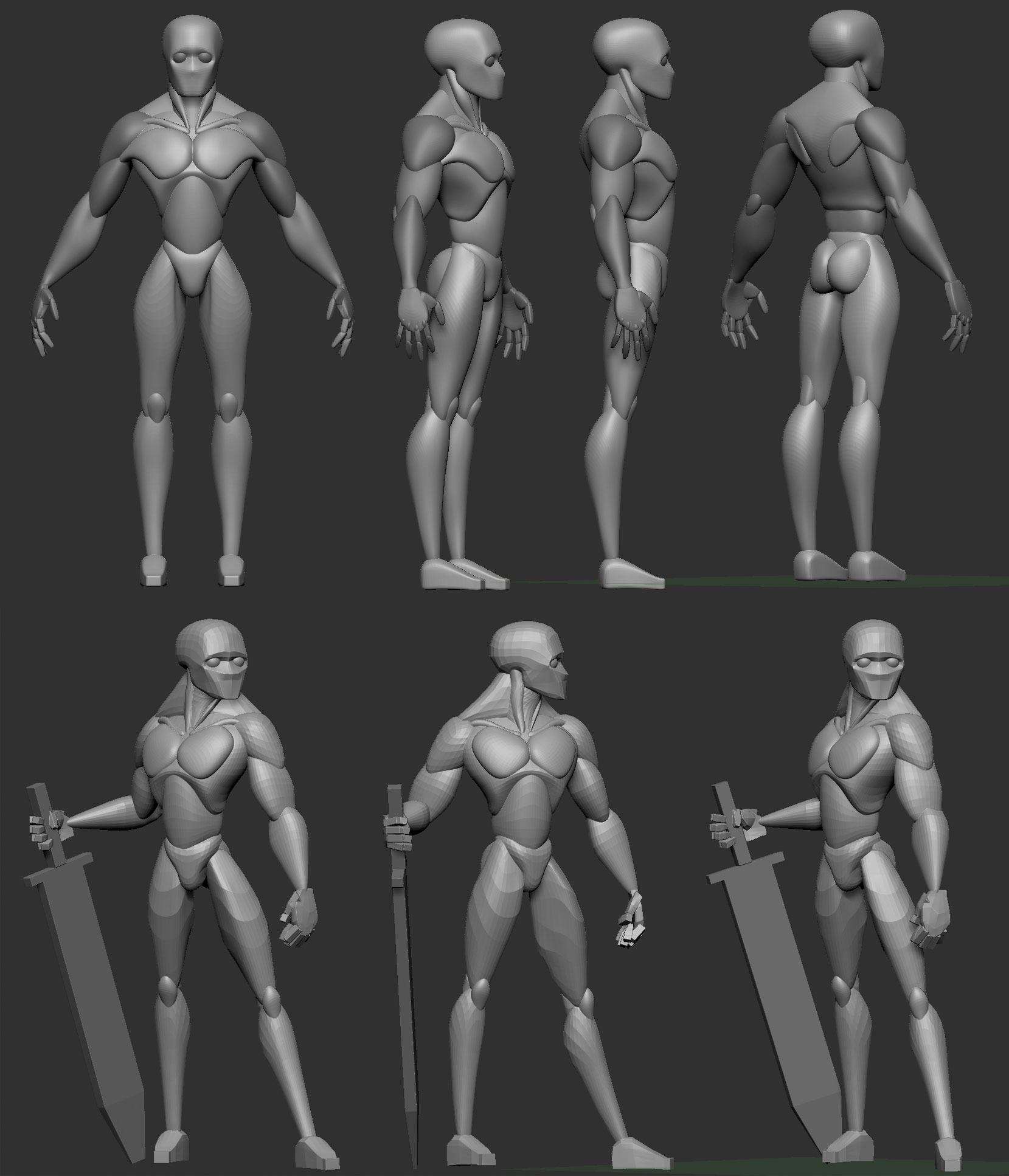 Things begin to take shape gradually. I find it a little challenging to translate the lack of muscle definition from the 2D concept into 3D, so I'll have to figure it out along the way. 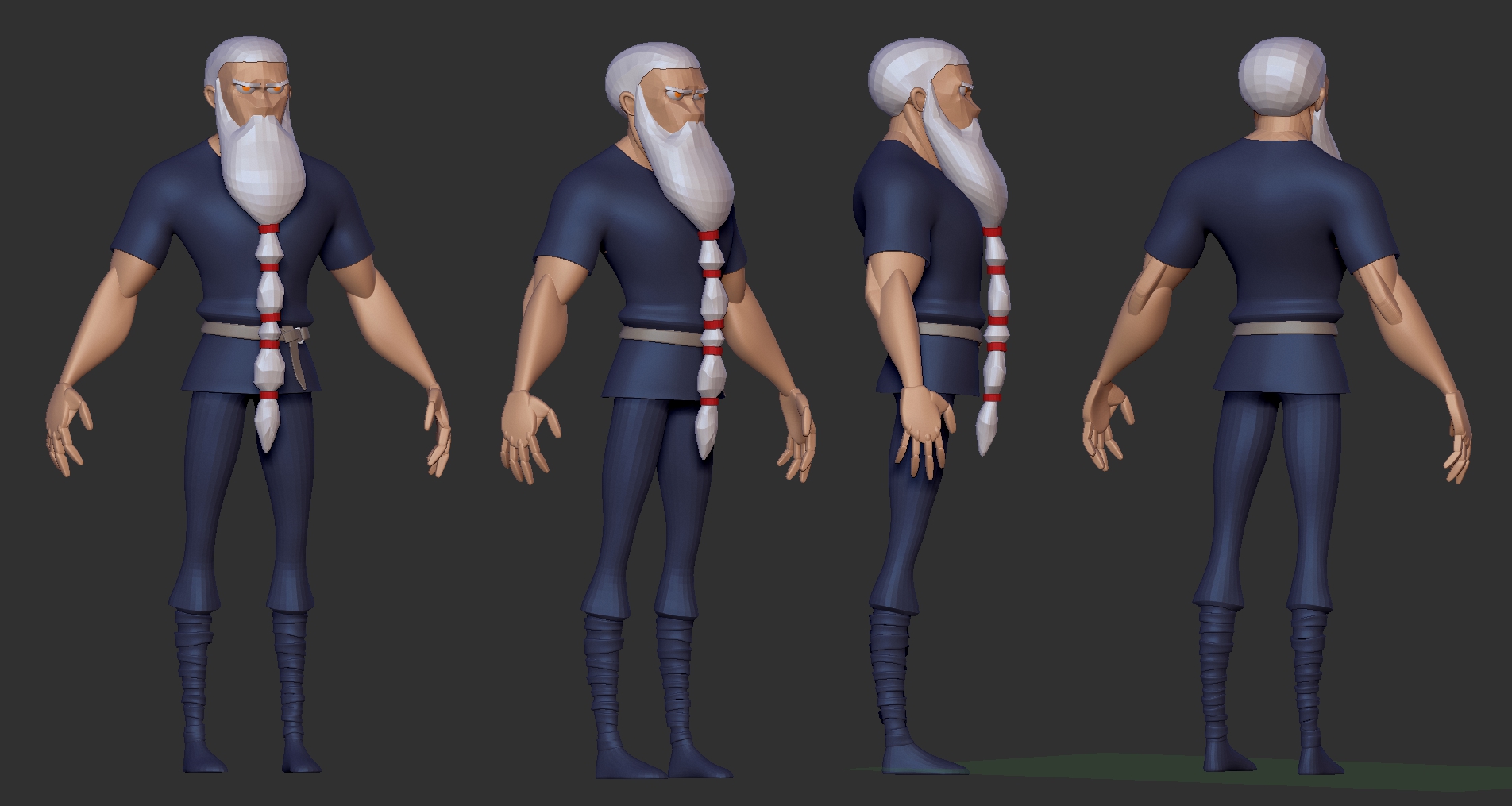 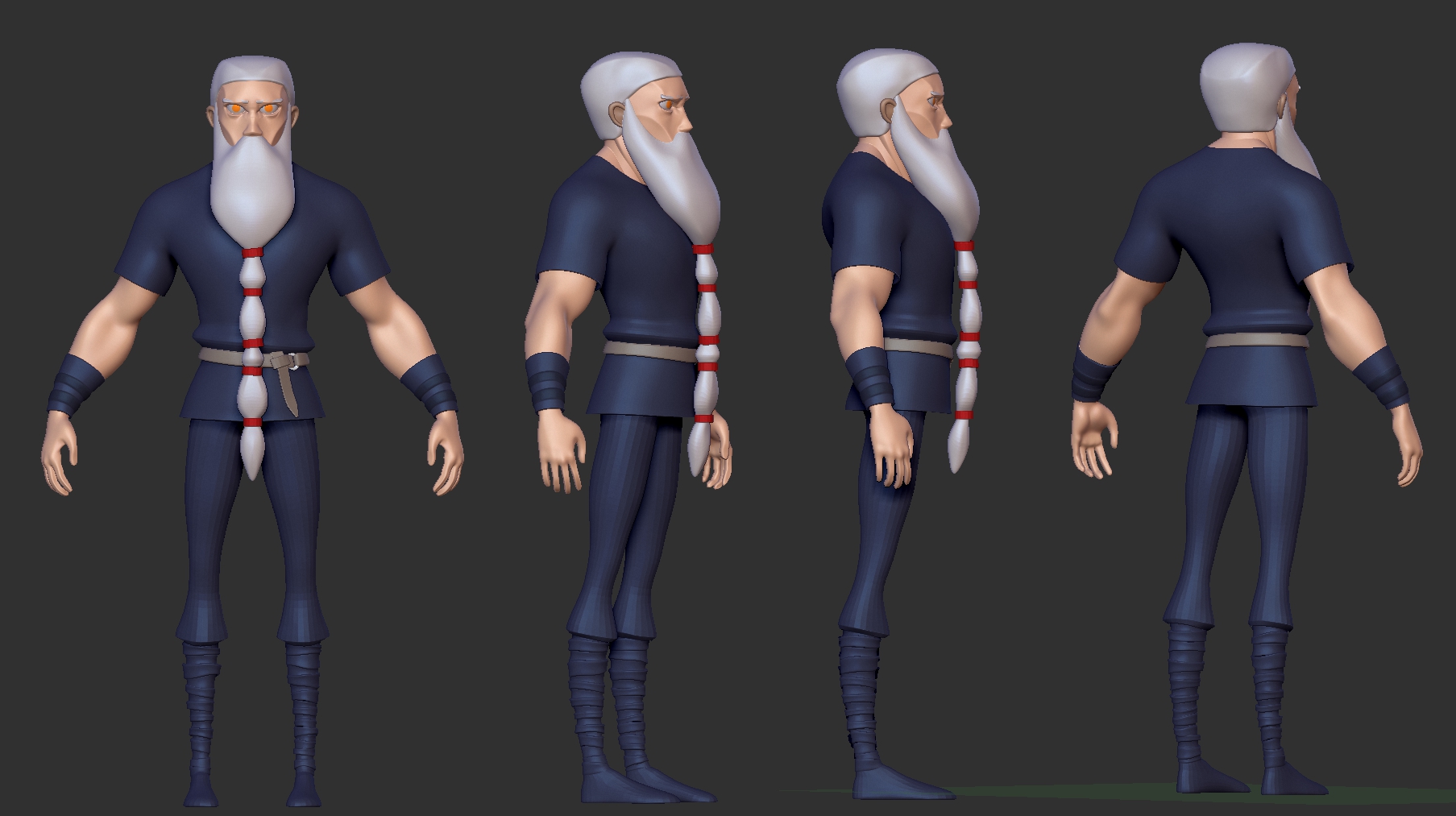 Slow and steady progress. Tweaking proportions, expression and so forth. 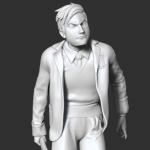 It seems to me a good character, it is not finished yet and it has a good similar to the initial concept. Incredible!

@drick66 Thanks a lot, friend! There's a lot of work ahead but it's getting there. Fortunately, we've got enough time to pull it off. 🙂

And there is another tiny little shot of my current progress. Been focused on capturing his moody expression as well as war paint. Along the way I realized that I wanted to experiment a bit more with his haircut and decided to go for a modern viking look. Last but definitely not the least, this contest really gives me not only more reasons to push myself, but also find a glimpse of positivity in crazy times like this. 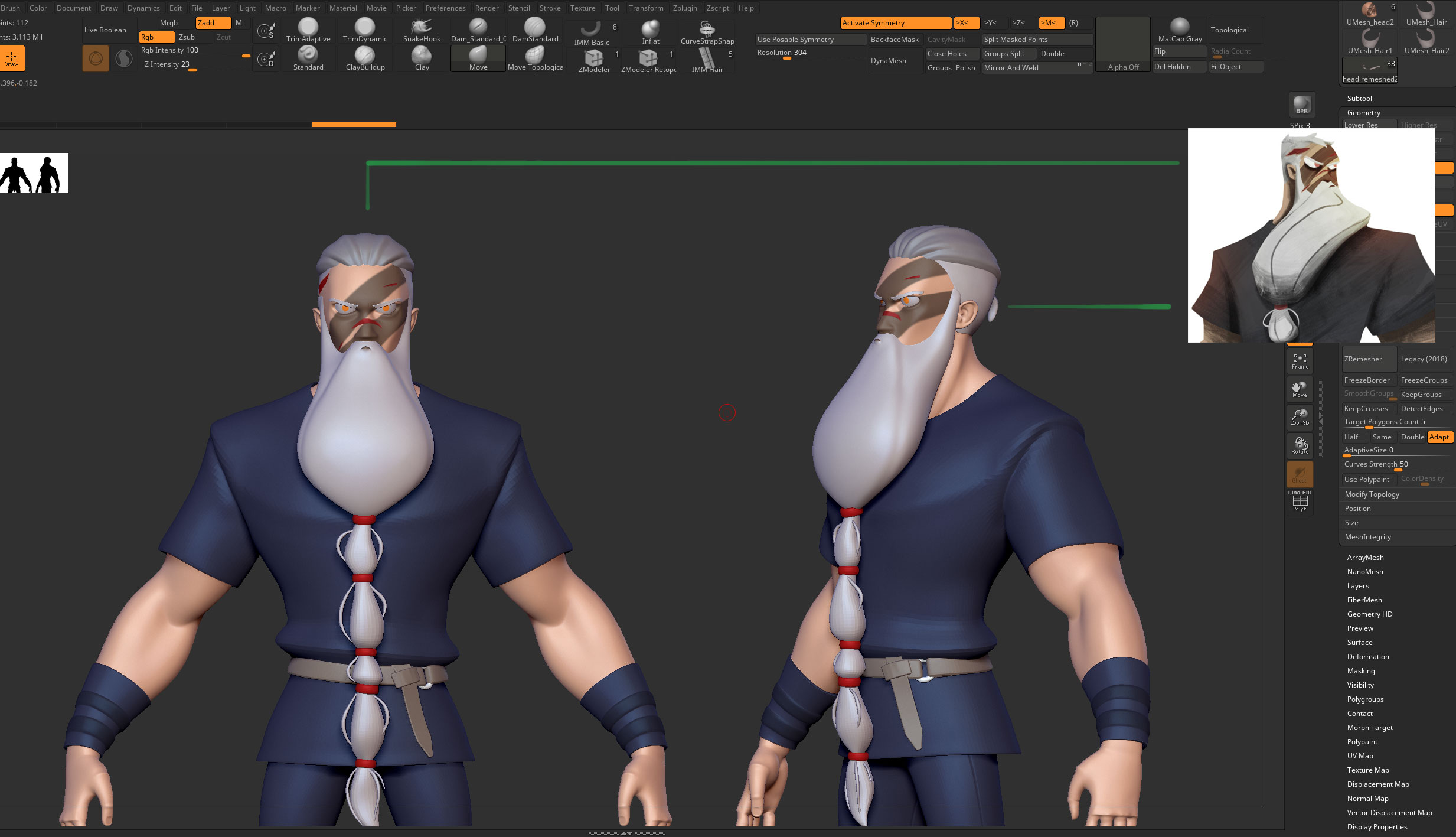 Alright guys, I decided to post a quick summary of my progress so far including the super early blockout to what the model looks as of today. Lots of work ahead but I'm fortunate that time is on my side. I've been trying and still gonna tweak things as to the painterly texture, which I'll try to mimic as much as possible without screwing over the 3D model.

As you can see, I chose to not go for the blocky arms that are presented on the concept and gave him instead a bit of curves to communicate a clear visual language and form.

Today, I mostly tweeked and refined things that I'd already laid before. I really wanted to put an accent to his lower lip since he's quite edgy. Let me know what you think. Oh, and be sure to check out the close-up of the current stage ot the model below this post. 🙂 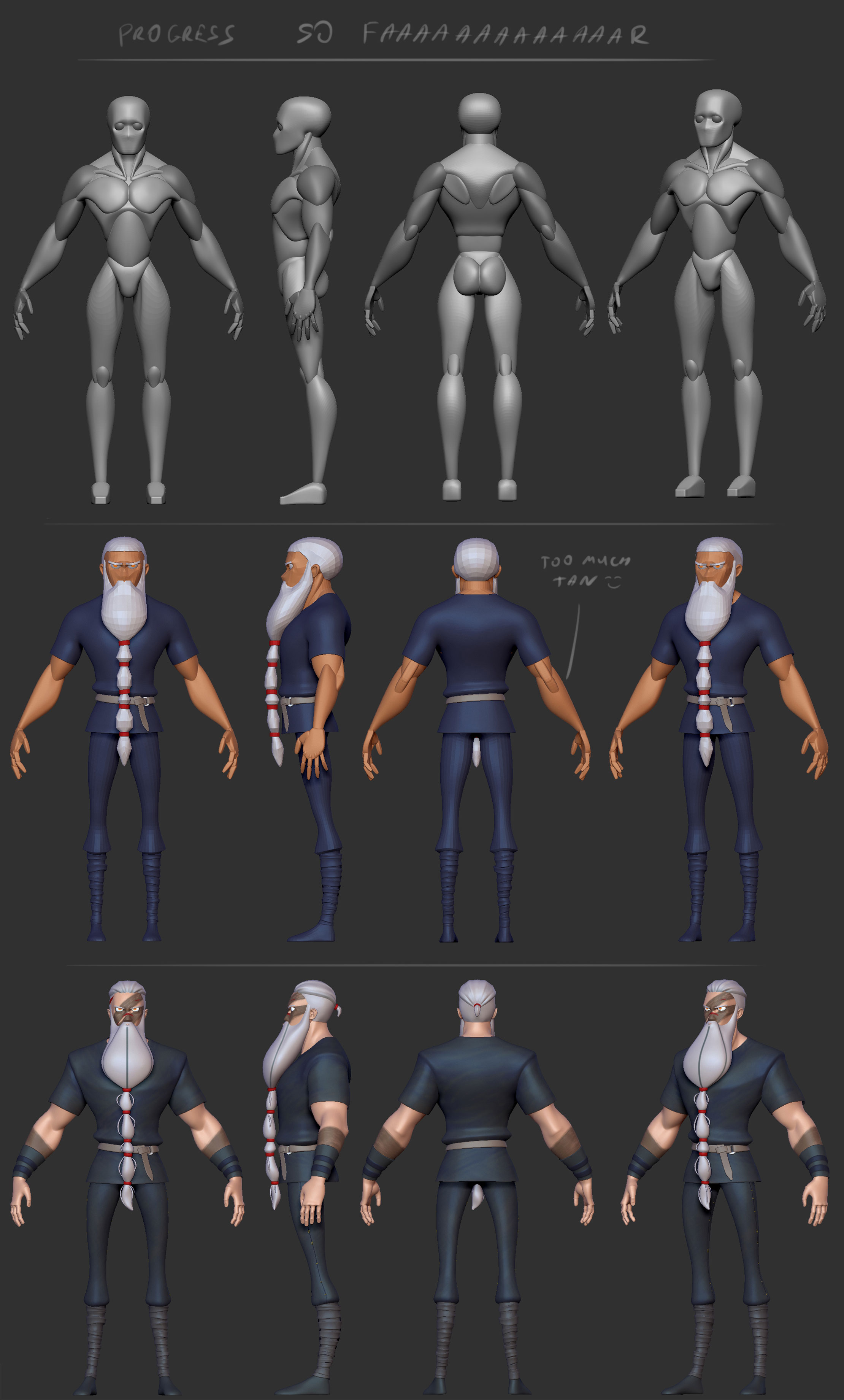 And current stage of the WIP as promised above. 🙂 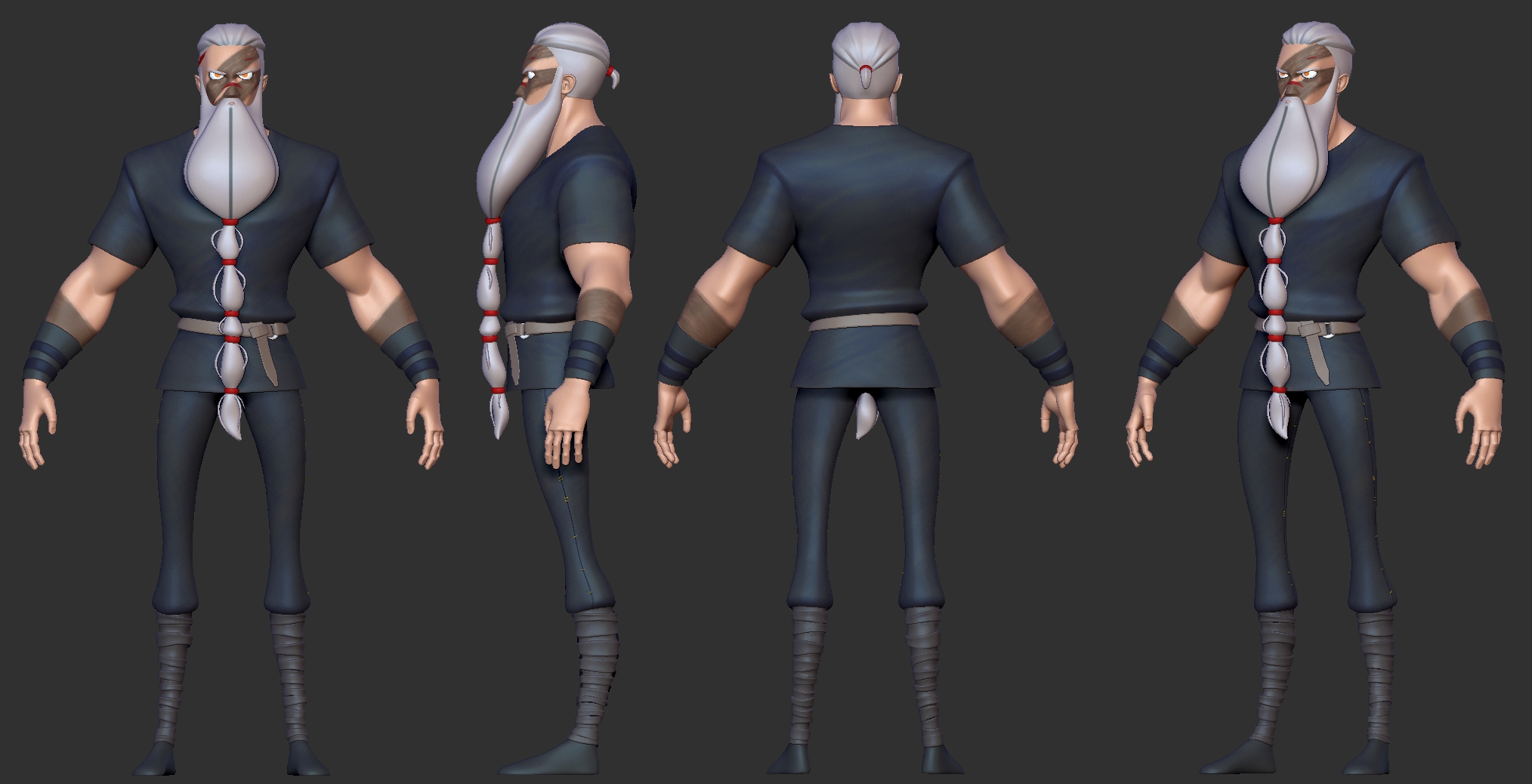 Alright folks, I decided to take some break from the main model and started working on the props that complement the original concept. In this case, I started with the sheathed sword and this is the early base I just built. 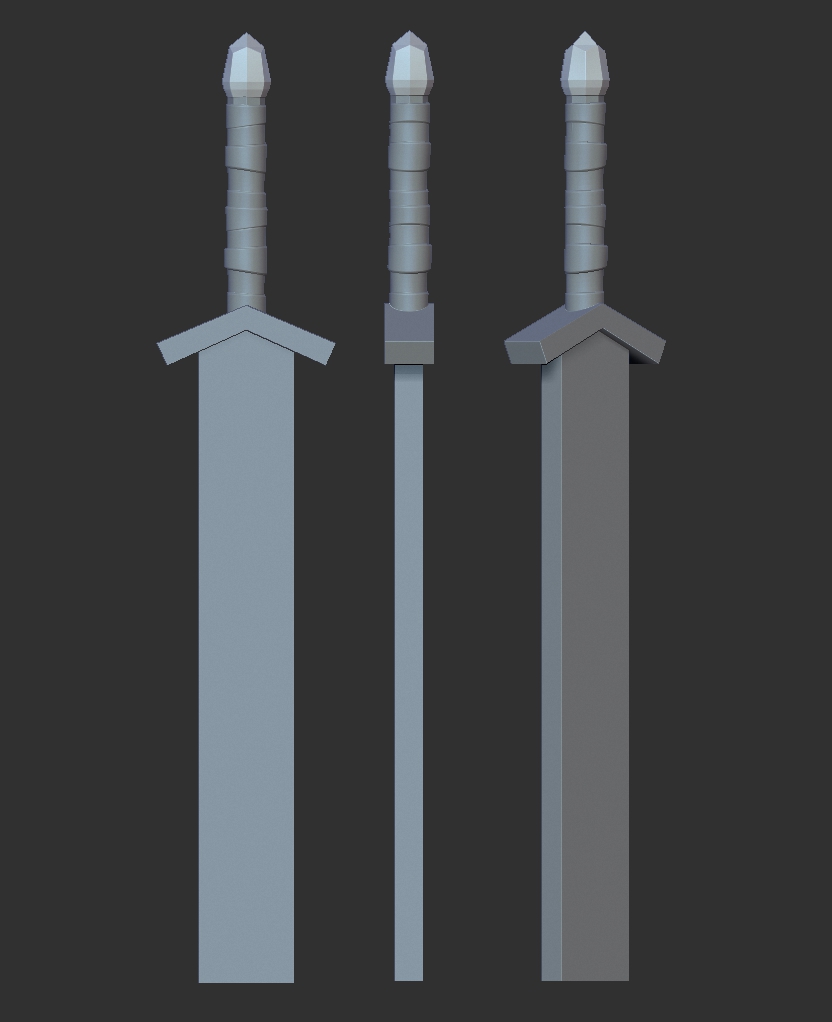 Happy new year, all! What a year, right? May 2021 bring you many creative opportunities, inspiration and drive. I've been away from this project nearly a whole month and now I'm getting back to it slowly. I worked a little bit on the sword. Still working raw and dirty. 🙂 Anyway, instead of leaving the sword hanging by itself as previously, this time I added his grumpy majesty next to it. For scale purposes obviously...not that I don't want it to be sad and alone. 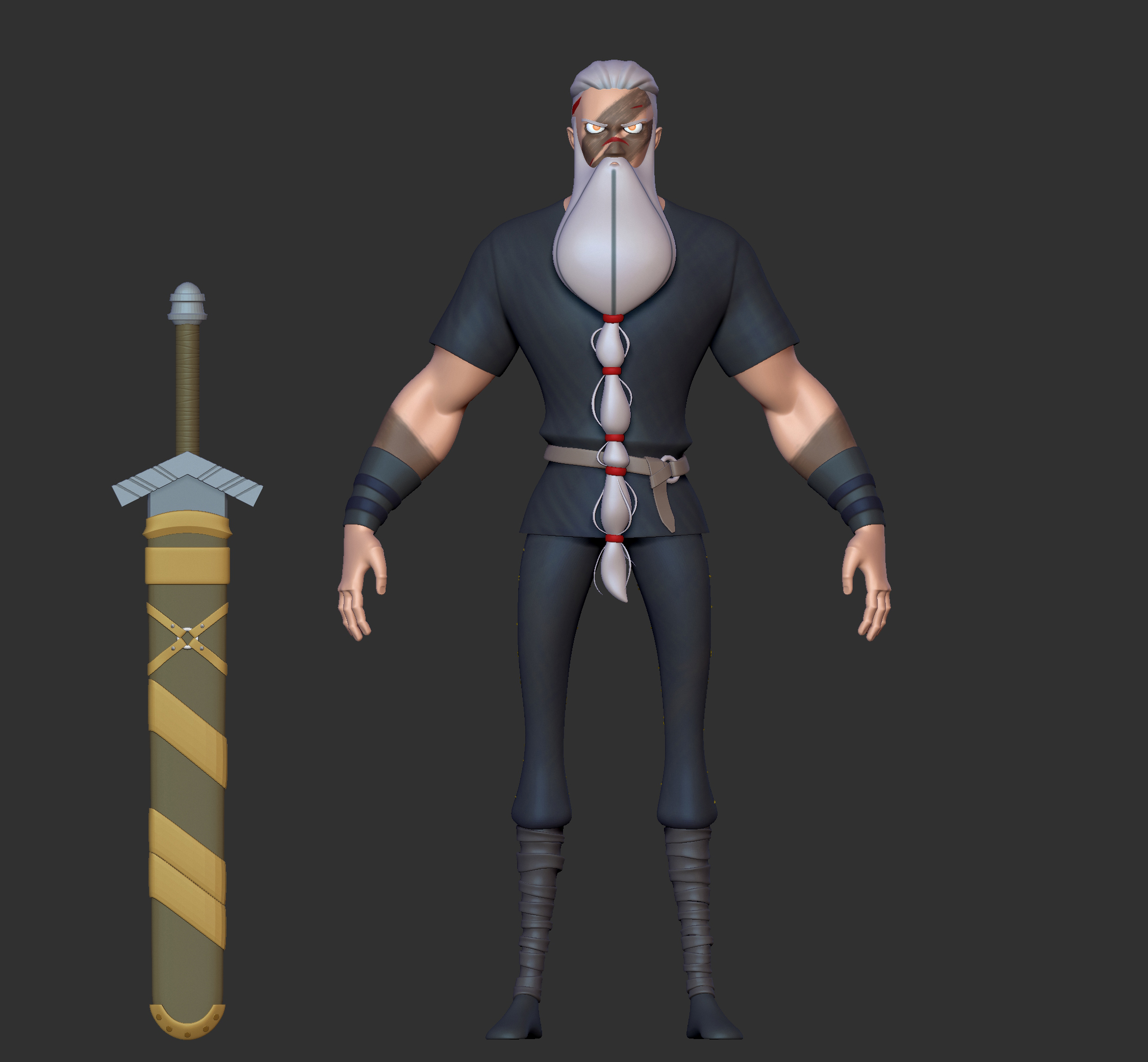 Looking great man. Can I ask a question? I'm quite new into 3d stuff. I noticed your original body sculpt has bigger legs, but the pants is smaller. Did you discard the legs and replace it with pants instead?

Alright folks, here is another (probably boring) update of his grumpy majesty's sword. From a purely modeling standpoint I think I'm done with it and the rest will be merely damage sculpting over the surface.

@willy-wijaya thanks for your words, man. Well, the orignal legs are a simple placeholder; a blockout which I further sculpted on by dynameshing those parts, polished them and made a lots of tweaking with the move brushes to get the desired look. After I had a closer to the concept shape of the lower body, I made a precise mask and extracted a new mesh out of it. Basically, it was plenty of back and forth sculpting. I hope that helps. 🙂 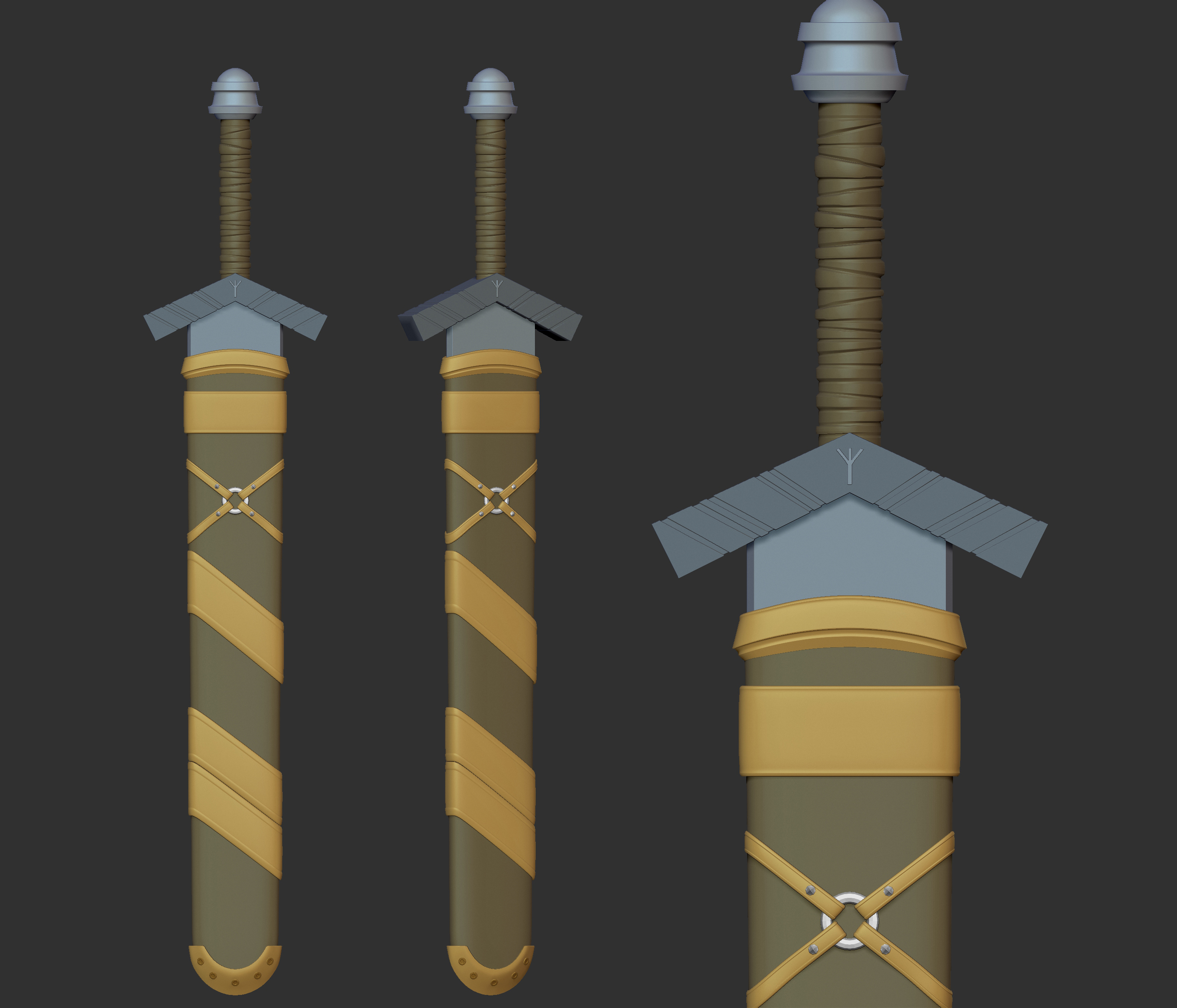 @lifelover90 Yep, I think that explains it 🙂 Thank you. I always thought that I have to sculpt the leg first before I can put cloths on it 😂 Seems like I can skip some steps.